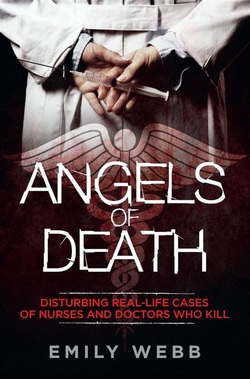 It’s hard to imagine that anyone in the healthcare industry could have murder on his or her mind.

The nineteen cases in this book range across Europe, US and Australia, documenting horrifying and sinister betrayals of trust.

From Harold Shipman, Britain’s worst serial killer who murdered over 200 patients, to Roger Dean the Sydney nurse who in 2011 set fire to the nursing home where he worked killing 11 patients, these stories will make you wary and leave you shaking your head in horror.

There is also the case of Genene Jones, who is in jail for the murder of a 15-month-old but is suspected of killing dozens of babies while a nurse at pediatric hospitals in Texas.

The most brutal and harrowing events can happen in any street or neighbourhood. MURDER IN SUBURBIA features the stories of more than 20 murder cases that have happened in the quiet streets of Australia's suburbs and small towns including: